Written by Product Experience
Updated over a week ago

Want to keep up with the latest Firefish Software updates and announcements? You're in the right place!

12:05 - Resolved - This issue has now been resolved on all systems.

Please Note - You can utilise the Quick Link for Open Jobs to access all live jobs you have. 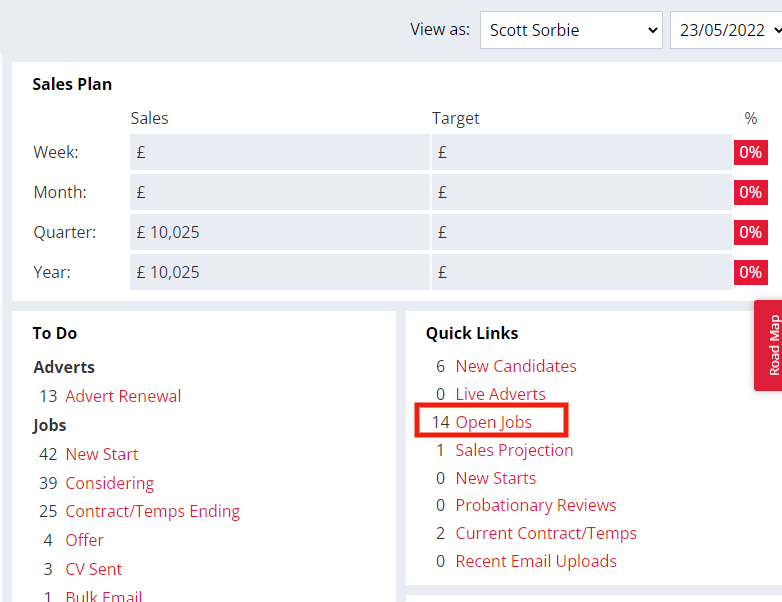 You can also filter this list to find specific jobs - check out this video explainer.

09:52 - Update - We now have a fix out to test for this issue and we will be releasing this as soon as we have successfully tested.

09:30 - Update - We have now identified a resolution for this issue and are working to implement.

08:22 - Investigation - We are aware of an issue where users are unable to access all open jobs within the Job Search. Our team are currently working to resolve this issue.

11:19 - Update - We now have a fix for this issue released to test and will deeply this as soon as completed.

09:29 - Update - Our team have identified a resolution for this issue and we are currently working on implementing this. We will shortly be testing and releasing the change and we'll confirm as soon as this has been completed.

08:38 - Investigation - We are aware of an issue with phone numbers displaying on person records within the system.

we've checked this and you should be able to resolve this by clearing the cache in your browser.

You can do this in most browsers by hitting Ctrl + F5 on your keyboard.

You can also find full details on how to do this here within the browser settings - This isn't a Firefish resource but one I find helpful!

4pm: Resolved – We have now released a fix to all clients and this issue has been confirmed as resolved. Most clients remained unaffected by this issue with a total of only 3 reports.

10.45am: Identified & Resolving - The issue has been identified as occurring when no team has been created in the user management other than the default 'all' team. We are currently working on a resolution which will be released at 4pm on Friday 8th April. In the meantime, a workaround allows you to access talent pools by creating a team in user management. How to on creating teams can be found here: https://fishtank.firefishsoftware.com/en/articles/4621987-team-structure

10.15am: Investigating- Following a performance improvement release in last night's hotfix, some clients are currently unable to access talent pools. We are currently investigating and will provide further information here as the investigation progresses.

9.25am - We are currently aware of an issue within Firefish which is affecting considering candidates from adverts and some workflow emails.

Our technical teams are currently working to resolve this issue as soon as possible and we will update as soon as we have further information on this issue and an expected time of resolution.

This issue is now resolved.

4pm - Candidate Reference Data - The migration of all reference data has now been completed.

9.00am - Candidate Reference Data - Following last nights release which included updates to the candidate references workflow, some reference data is still migrating across, so some references may not be available right away. You may find your system a little slower whilst the data is migrating.

4pm - Resolved - Calls - We have now released a fix to resolve this issue. Root cause analysis is ongoing and we will update here when the full cause is identified.

12.50pm - Update - Calls - We continue to investigate this issue to identify root cause. We will continue to update you when we have more information.

10.40am - Investigating - Calls - Currently investigating an issue where some clients are unable to make calls from Firefish (only applicable if you are using Click to Call). Further information to follow as the investigation progresses.

10.55am -Resolved - Web Images - We identified that one of the web machines went offline which was affecting web images. This machine was restarted and images are coming back and displaying as expected. This issue is now resolved.

10.25am - Investigating: Web Images - Currently investigating an issue where some web images are currently not displaying. We will keep you updated as this investigation progresses.

10.20am - Resolved - CPU max out on 1 of the web boxes identified as the cause for slow sites. Diverted all traffic to the second box and restarted the affected box. All sites are now back up and running. This issue is now resolved.

09:35 - Resolved - This issue has now been resolved by our team and we would expect all users should now be able to access and utilise the Dashboard.

09:22 - Update - We have identified the issue and this has been caused by a configuration change. The issue will only affect users who have custom redirect rules in the web configuration. We are currently working to apply a fix and will update ASAP.

08:40 - Investigation - We have had reports and identified an issue that some users may experience an error message when accessing their dashboard.

Our technical teams are aiming to identify the cause of this and resolve ASAP.

Users will still be able to utilise most other pages in the system by using the menu options - this appears to just affect the dashboard and candidate/advert.

7th Feb - 13:17 - Update - We currently have a fix for this issue out to test, and subject to successful test, we will be releasing the fix today/tomorrow.

Our Product Experience team will be running a full system test this afternoon to ensure this has worked as expected and we will provide a further update once the release has been made.

15:20 Update - Our technical team are working to identify a full resolution, however, this issue has been more complex than first expected to resolve. We currently have our technical teams working to implement a fix, and once this is completed we will be running a full system test to ensure any fix deployed fully resolved this issue throughout the system.

For the moment, you can work around this to create a video interview by entering data into the URL & Password/ID fields. We appreciate this is a workaround and as such we will be striving to release a fix ASAP.

12:17 - Update - We've identified this issue has been caused by Textbox Validation changes that have been made - we are currently working to resolve these.

11;35 - Workaround - You will still be able to create Video Interviews if you populate the URL/ ID field with some characters: 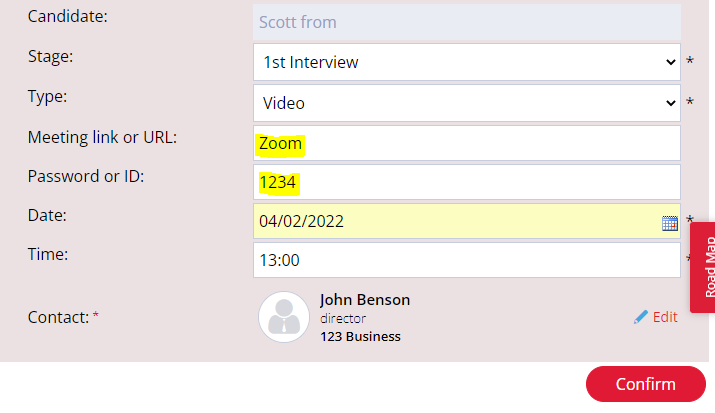 11:29 - Investigation - We are aware of an issue creating Interviews using the Video Type option. This is caused by the URL and ID/Password fields acting as if mandatory.

09:00 - Investigation - We are aware of issues this morning by sending some emails through Firefish. Our technical teams are currently working to resolve this and will we will update on the progress of this ASAP.

9:35 - Resolved - We have been able to identify and disable the feature that has caused this issue, and you should now be able to send emails as expected. This has been caused by a new technical change which we have now reverted.

13th January - 14:42 - Update - We have made further improvements to our mail messenger service this afternoon.

We have experienced emails sending as expected over the past two days - only once have we experienced a slowdown and this has been resolved by our team within 17 minutes of notification.

We are continuing to make further efficiencies to the service and we will notify users as they are deployed.

12th January- 11AM - Update - After releases of changes to the email messenger service we have today seen no unusual build-up with emails queues and emails should be sent as expected.

Our team is still continuing to resolve the underlying issue for now, however, and we do have further improvements to the messenger service planned to mitigate any potential issues with the sending of emails.

16:31 - Update - Our team have released a new optimised version of our mail messenger which should allow for emails to send quicker and we are seeing the highest priority emails sent out in a timely manner.

We are continuing to experience a delay in the sending of lower priority bilk emails and our team is working to resolve the underlying issue here.

Whilst we are working to fully resolve this with the utmost urgency, we are also working on further mitigations to allow for the emails to be sent further whilst this is ongoing.

11 January - Update - 11:26 - A new version of the mail messenger with optimised batch email sending has passed test and been released. Initial data suggests over double throughput and the queues are beginning to trend downwards. We will continue to monitor this and update shortly.

16:11 - Update - We can now confirm that most high priority and normal priority emails are being sent normally however low priority emails (including job alerts and bulk emails) are still processing slower than expected. You can view email priorities in the Fish Tank.

13:57 - Update - Our team are working to ensure that queued emails are sent out manually. Whilst we identify a full resolution to this issue, we are working to implement a change in how emails are sent through Firefish in order to force queuing emails through the system. We are aiming to have this tested and released this afternoon and we will confirm once completed.

12:19 - Update - We have added extra logging to the email service to review this issue and we are exploring all potential causes of this issue. Our team are manually ensuring emails are sent whilst we investigate this issue.

10th January - 09:08 - Update - We are aware of some issues with emails queuing and not sending immediately through Firefish. Our technical teams will be working to resolve this with urgent priority.

12:57 - Monitoring - We believe we have found a configuration that is stable and we will continue monitoring to ensure the email service remains working as expected.

12:28 - Update - Our backlog of emails has reduced and the majority of users should see the email service running as normal. However, the speed at which emails are sent is less than we would expect so this may result in some further delays in emails being sent for a small number of clients.

11:09 - Investigation - We have identified an issue where some clients may experience emails are not sending through Firefish. Our Application Support team is investigating and working to resolve this ASAP.

Did this answer your question?